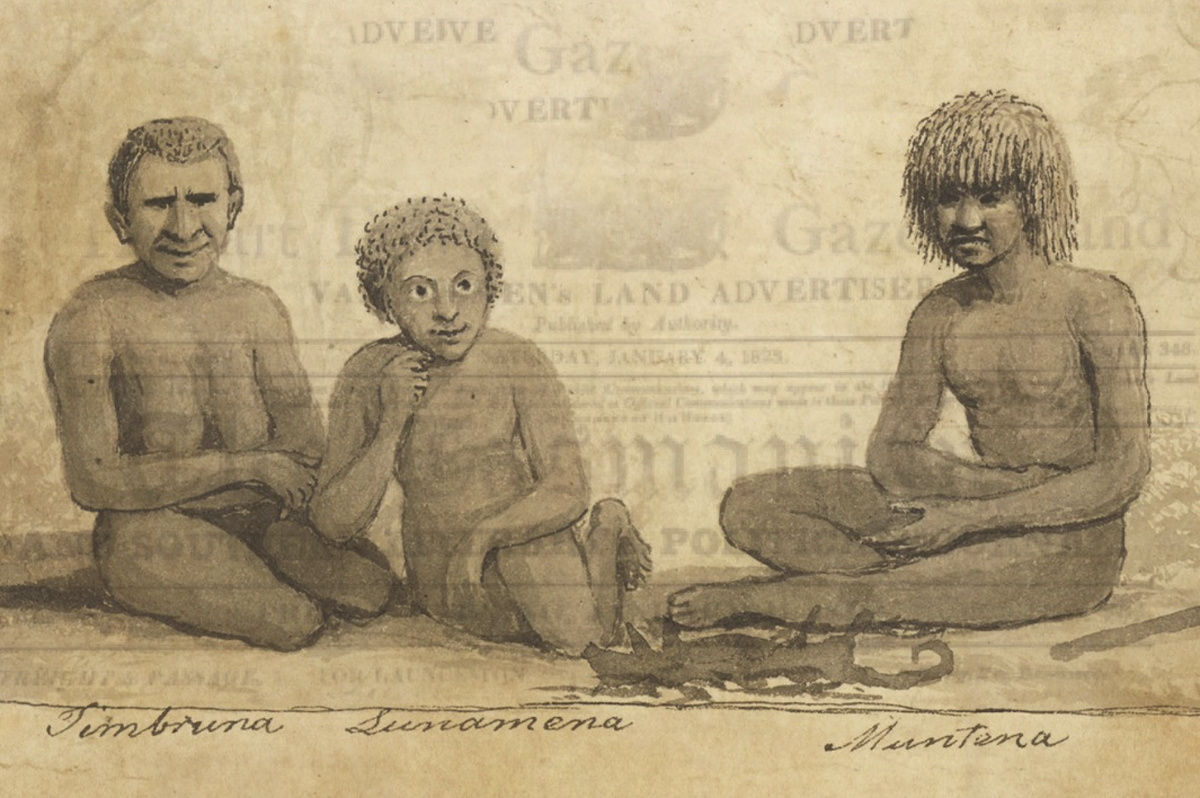 The Pakana Voice, a new book by Ian Broinowski, written with cultural advice from Jim Everett-puralia meenamatta, is about newspapers and the power of the press to sway opinion. The story is narrated by W.C., a hapless war correspondent posted to Tasmania to cover the conflict between the Pakana people of Lutruwita and the British. In old age, comforted by malt and his scruffy dog Bent, W.C. looks back on his life and shares press clippings which provide graphic accounts of the events that unfolded in the early days of the colony.

As a young man, keen to learn about the aboriginal people of Lutruwita, W.C. befriended first Rialim, a man of the Moomairremener clan of the Paredarerme (Oyster Bay) Nation, and then Lowana, with whom he fell deeply in love. The intensity of their passion and his time with her clan affected his whole life, both personally and professionally. He resumed his profession, but when, pushed to extremes by the colonists, Lowana shows herself ready and willing to fight and kill to protect her family, culture and land, W.C breaks the cardinal rule of war journalism: he takes sides.

W.C.’s perspective on these events is not without its biases. He tries to temper his feelings as he shares with us letters, articles and opinion pieces from his collection. He includes of his own postings under the byline The Pakana Voice, in which he encourages his readers to see what is not being reported in the conventional press.

Despite technology with its fancy gadgets, little has changed in two centuries of media and its influence over the minds of people, W.C.’s words still ring true: ‘I fear the old adage that we learn from history is indeed a misnomer’.

In this session at the Hobart Writers Festival, Ian Broinowski is joined in conversation with esteemed historian, Henry Reynolds. Ian, an educator and ethicist with an interest in social welfare and history, worked as an advanced skills teacher in children’s services for many years. He has also held positions as a child welfare officer in Tasmania and NSW, and taught atCurtin University and UTAS. He is a member of the Health and Medical Ethics Committee at the University of Tasmania.

Jim Everett-puralia meenamatta, who won’t be present, but advised Ian on Culture in the writing of The Pakana Voice, was born on Flinders Island in 1942. His written works include plays, political papers and short stories, and writings published in ten major anthologies. He acctively supports various cultural arts programs, including developing projects with Aboriginal community artists. Recently, Jim has initiated the We’re Here project in collaboration with Contemporary Art Tasmania, exhibited in Salamanca Arts Centre’s 2017 major exhibition Proof of Life, and was an associate producer on The Nightingale film production.

Henry is well known as a historian and author of many works about frontier conflict between Aboriginal people and settlers. These include: Fate of a Free People, A History of Tasmania, and award recipients: The Other Side of the Frontier, The Law of the Land, Drawing the Global Colour Line, and Why Weren’t We Told? Henry grew up in Hobart and was educated at Hobart High School and the University of Tasmania. His interest in the history of relations between settlers and Aborigines stems from an extensive period during which he lived in northern Australia, where, in 1970, he gained a PhD in History from James Cook University. He is currently an Honorary Research Professor at the University of Tasmania.

This session will be held at 10am on Saturday the 14th of September, at Hadley’s Orient Hotel. Tickets can be obtained here.