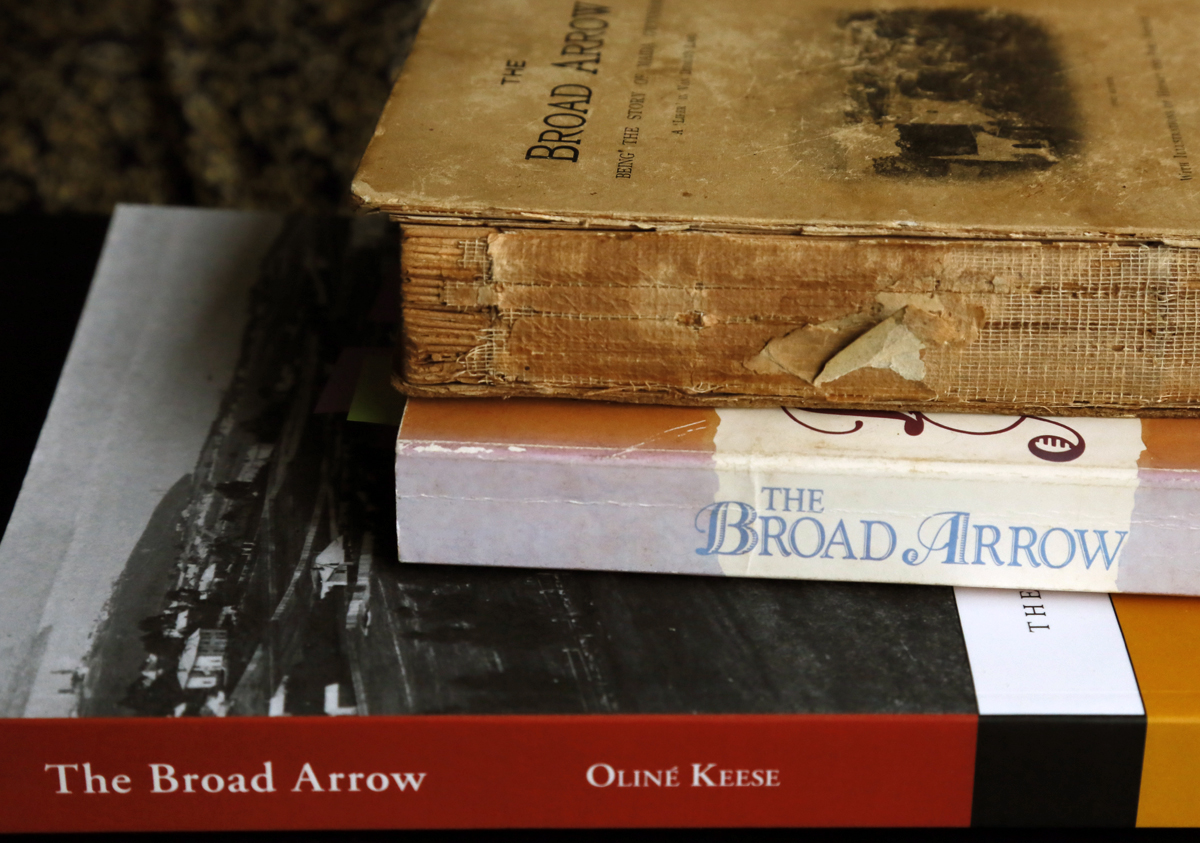 Award winning writer Amanda Lohrey talks to Jenna Mead about The Broad Arrow; Being Passages from the History of Maida Gwynnham, a Lifer, which she edited for a new critical edition in 2019.

Written by Caroline Leakey, a young woman who went by the pen name of Oliné Keese, The Broad Arrow can be considered one of the very first Australian novels, published in 1859. Caroline Leakey lived briefly in Van Diemen’s land between 1847 and 1853 and the novel is heavily informed by her experiences and observations here.

Set in Van Diemen’s Land towards the end of the transportation period, it tells the story of Maida Gwynnham, is a fallen noble woman, transported after being seduced into forgery and falsely accused of murdering her child. The novel reflects on the impacts of transportation on convicts, particularly women convicts, and free settlers. It might seem melodramatic and moralistic to modern readers, but it is also a fascinating exposé of the attitudes of the times and the conditions of convict life and a rewarding read. It is regarded as being an important inspiration for Marcus Clarke’s For the Term of His Natural Life.

In this new critical edition, Jenna Mead restores material that was cut for a radically abridged version in 1886, returning to readers, for the first time in over a century, the complete original text of Leakey’s important work. It’s an immensely valuable addition to convict women’s studies in Van Diemen’s Land – Tasmania. Her conversation with Amanda Lohrey will take place at the Hobart Writers Festival 2019, on Sunday the 15th of September, at Hadley’s Orient Hotel. Tickets can be obtained here.