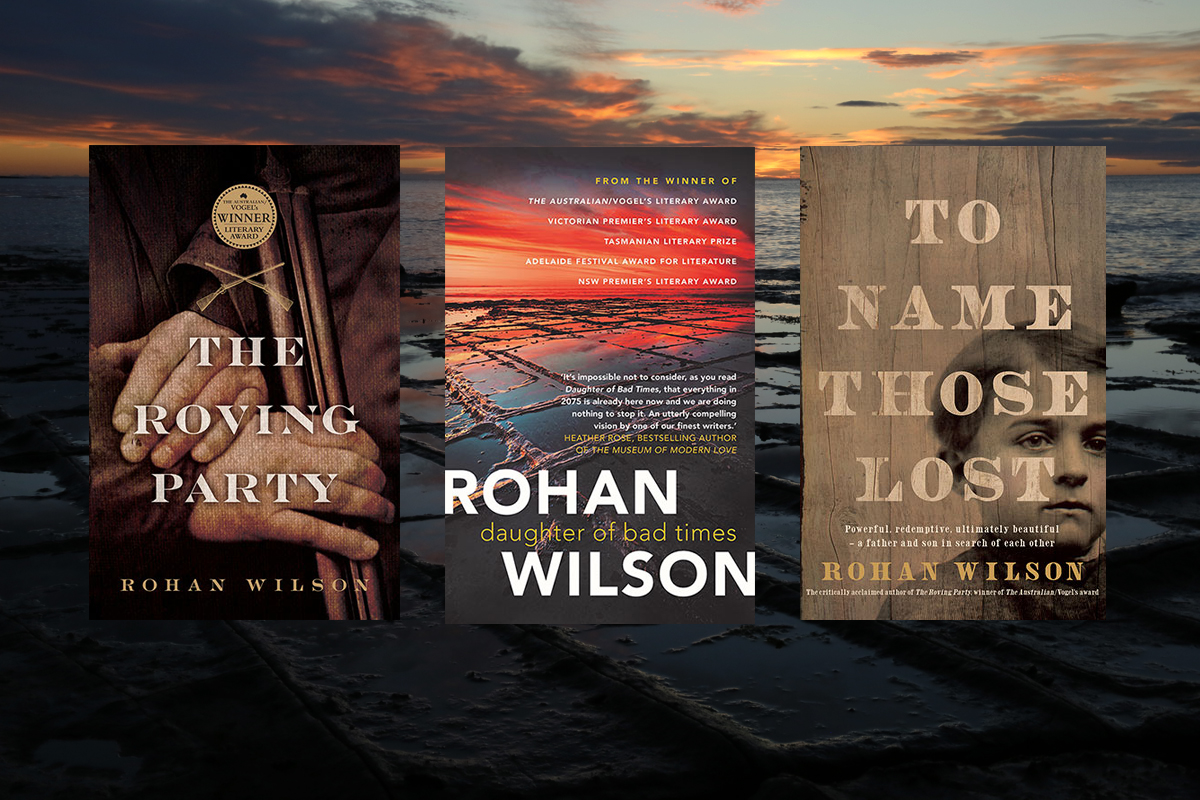 Two of our most interesting writers, Rohan Wilson and Heather Rose in conversation. Rohan’s first book, The Roving Party, won the 2011 The Australian/Vogel’s Literary Award, the Margaret Scott Prize at the Tasmanian Literary Awards in 2013 and the NSW Premier’s Literary Awards in 2012. He was chosen as one of the Sydney Morning Herald’s Best Young Novelists in 2012. Now he has a new book out – Daughter of Bad Times. It’s a dystopian novel and disturbingly familiar – Eaglehawk MTC is a manufactory built by Rin’s mother’s company to exploit the flood of environmental refugees. When Rin’s lover seems to evade death by turning up there, Rin must find a way to free him before the past catches up.

Heather Rose is the author of five haunting novels for adults and three novels for children. Her novel The Museum of Modern Love won the Stella Prize in 2017. It has received international acclaim. Other novels include White Heart, The River Wife, and The Butterfly Man. And we’re all holding our breath for her new book, Bruny, due out in October. Heather has interviewed many high profile writers including Elizabeth Gilbert and Julia Gillard. She is sure to infuse this ‘in conversation’ with interesting questions and ideas.

Heather and Rohan’s session will take place on Sunday the 15th of September, at Hadley’s Orient Hotel. Tickets can be obtained here.