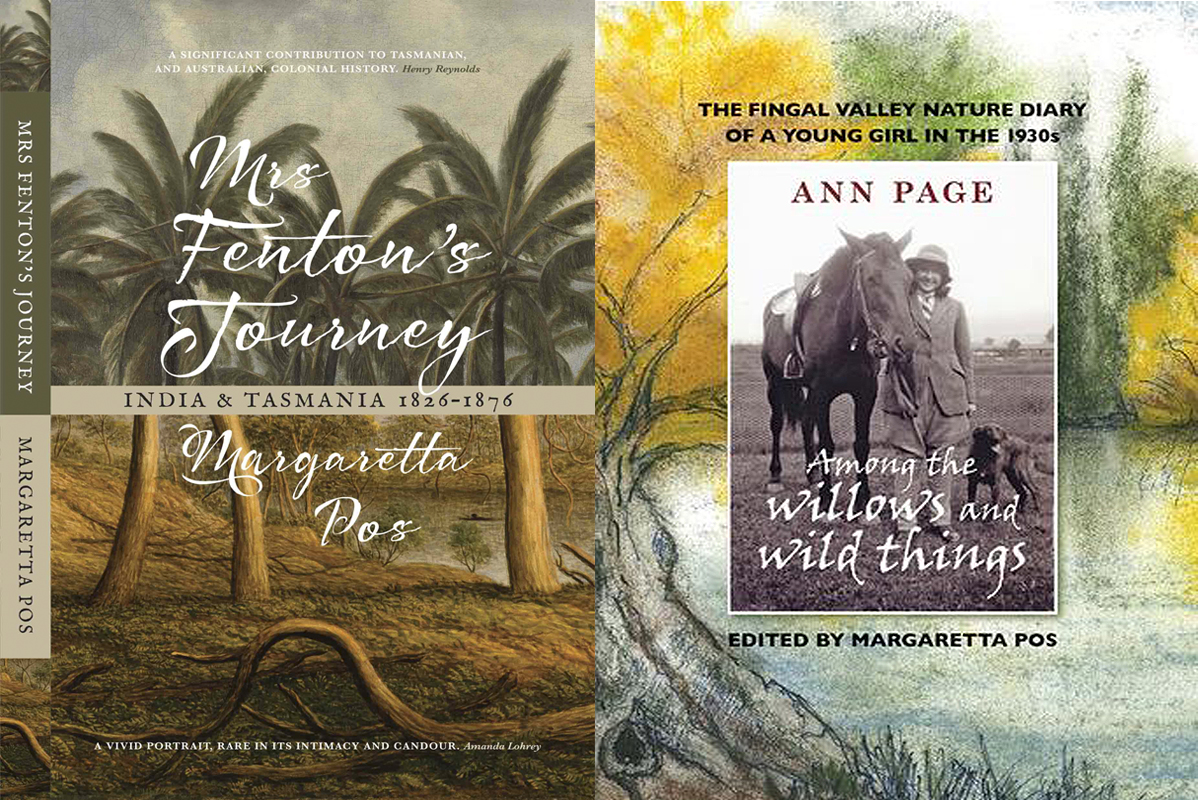 The white female response to the local landscape: Elizabeth Fenton in the 1830s and her great-great-granddaughter Ann Page in the 1930s.

In this session at the Hobart Writers Festival, Margaretta Pos will join Henry Reynolds in conversation about her ancestors’ experiences of the Tasmanian landscape. Margaretta’s great-great-great-grandmother, Elizabeth Fenton, moved from India to Van Diemen’s Land in 1829, where she settled in the Derwent Valley. She was known at the time for her writings about India and Van Diemen’s Land, but her later life was less well known. Margaretta reveals this in Mrs Fenton’s Journey: India and Tasmania 1826-1876, which shows us Elizabeth’s great regard for the Tasmanian landscape. She wrote about this not only in poems for her children, but also in startlingly evocative passages in her diaries.

One hundred years later, Elizabeth’s great-great-granddaughter and Margaretta’s mother, Ann Page, expressed a similar love for her surroundings in the Fingal Valley. Her diaries contain detailed records of the species she found in the landscape, which extended from the Break O’Day River to the flanks of Ben Lomond. Within these she expressed her sense of belonging to the bush and her concerns about clearing. Among the Willows and Wild Things: the Fingal Valley Diary of a Young Girl in the 1930s offers us a window on what has already been lost and a resounding cry to preserve what remains.

Both of Margaretta’s ancestors expressed a strong sense of place in their writing. This will be the feature of Margaretta’s conversation with Henry Reynolds in this fascinating session. It will be held at Hadley’s Orient Hotel on Saturday the 14th of September. Tickets can be obtained here.